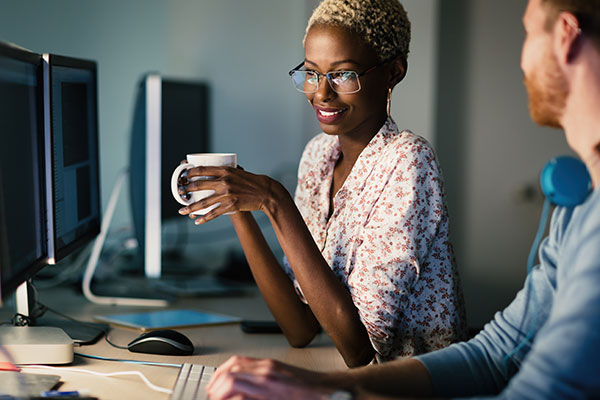 In 2014, tech companies acknowledged the diversity gap and made it a public goal to increase diversity in their companies. Today in 2020, not much has improved. Traditionally, tech companies have responded to inequality by releasing statistics of how many women and ethnic minorities are employed at their company with a promise to do better. Essentially, lack of diversity in tech has been treated as a PR problem and much needs to be done towards creating a diverse, equitable, and inclusive workforce.

The struggle for social justice was one of the defining things of 2020. Movements such as black lives matter brought injustices due to systemic racism to the forefront. One thing in 2020 became clear, companies paying lip service to addressing inequalities within their organizations will no longer cut it. The social justice movements of 2020 pushed into the spotlight whether or not tech companies were really listening to the day-to-day experiences for the BIPOC, women, and LGBTQ+ employees. In particular, the glaring underrepresentation of women, especially women of colour in tech is under scrutiny. According to Deloitte, in the US, women represent 24% of positions in the tech industry. Women of colour are even less represented, holding only 4% of positions in tech companies according to McKinsey

Where are the Women in Tech? 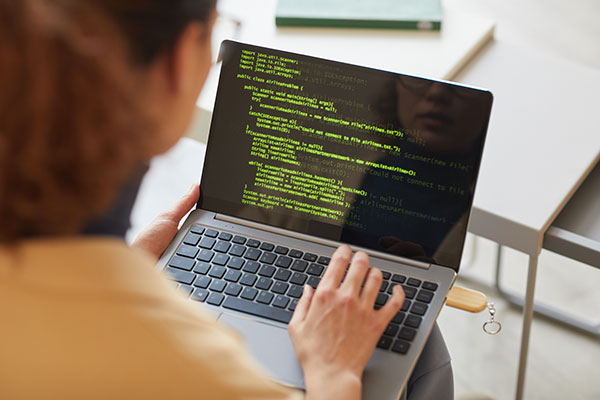 Women are 72% more likely than men to be enrolled in a college and are 58% more likely to graduate than men. However, women enrolled post secondary tech fields are less scant. Today, 18% of computer science majors are women. A drop from 37% in the mid-1980s. Women make up 20% of engineering graduates and only 16% of those will go on to engineering careers.

Because tech is a male dominated space could explain that lack of entry and retention for women in tech. A 2017 poll in the Pew Research Center report found that 74% of women working in computer jobs said they had experienced gender discrimination at work. Furthermore, when asked whether their gender made it harder to succeed at work, 20 percent of women said yes and 36 percent said sexual harassment is a problem in their workplace.

What Can Tech Companies Do To Ensure More Diversity within their Teams?

Tech companies can address inequality and avoid a homogenous workforce by firstly acknowledging and educating employees about unconscious and conscious biases. Conscious biases are deeply held beliefs that are often regarded as objective fact. Quite often, a conscious bias is one that a person is aware of and is unwilling to change. Unconscious biases are more difficult for people to identify and until they are made aware, are difficult to remedy. By being aware of one's biases it becomes easier to recognize and take positive action on them.

Other actions tech companies can do to promote a more diverse workforce is to  provide support for whistleblowers, flexible scheduling, and adapting anonymous CVs processes when hiring. By using a blind recruitment technique where the name, date of birth, address, sex and other personal information are removed, an unconscious bias can be avoided, allowing a hiring manager to select candidates based solely on skill level and experience.

Some tech companies are creating hiring Diversity, Equality, and Inclusion (DE&I) and set up DE&I councils. Furthermore, recruiting diverse Board members and conducting listening tours with staff to create updated policies and codes of conduct are also steps in the right direction. For employee retention, companies need to set up mentoring and sponsorship programs for BIPOC, women, and LGBTQ+ staff. Employees who feel accepted and valued are more happier and motivated. Companies that can accomplish these things will have lower employee turnover rates.

Diversity is Good for Business 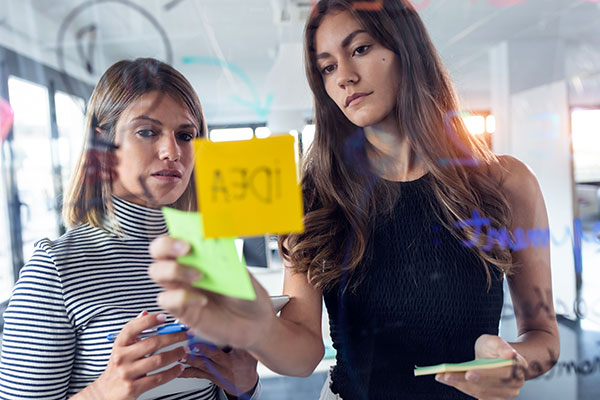 Diversity in teams makes them more creative, innovative, and smarter. The major benefit is ultimately a more profitable company. This is because when people work with others who are different from them, it challenges them to think differently, which sharpens overall team performance. Diversity amongst teams is good for business and there is an abundance of research to support this. Currently in tech, positions are predominantly held by white and Asian males. From 1980 to 2010, 88% of all information technology patents were by male-only invention teams, while 2% were by female-only invention teams. This is a problem as the tech that is being created for a widely diverse population is being formed by a very homogeneous group. Additionally, patent-holders are more likely to receive VC funding, perpetuating future male-dominated businesses.

There are many reasons to reverse this trend. According to Fortune, women-led companies perform three times better than those with male CEOs. For startups, this trend is also the case. Venture-backed companies that were acquired most often had a 7% share of female execs, as opposed to 3% at unsuccessful unacquired firms.

When vetting a custom software vendor, it’s worth investigating whether or not they employ a diverse team. Diverse teams will bring broader ideas and new perspectives to the table resulting in a superior software product. Ideally, diverse teams are multicultural, contain women and men equally, and have a diverse representation of ages. With such a broad spectrum of team members from varied backgrounds they will have the skills, talents, and experiences that come with different worldviews.  A well-rounded team that can tackle any project thrown their way.

Homogeneous teams have a negative correlation with innovation, creativity, and profitability, therefore companies that can successfully address this issue will outperform those who don’t. According to a recent McKinsey Global Institute paper, demand for advanced IT and programming skills will grow by as much as 90 percent over the next 15 years. To ensure a more balanced workforce, Tech companies need to take action to ensure these jobs will be occupied by people from diverse backgrounds. Considering the advantageous diverse teams have, ensure that your custom software vendor prioritizes and recognizes this.